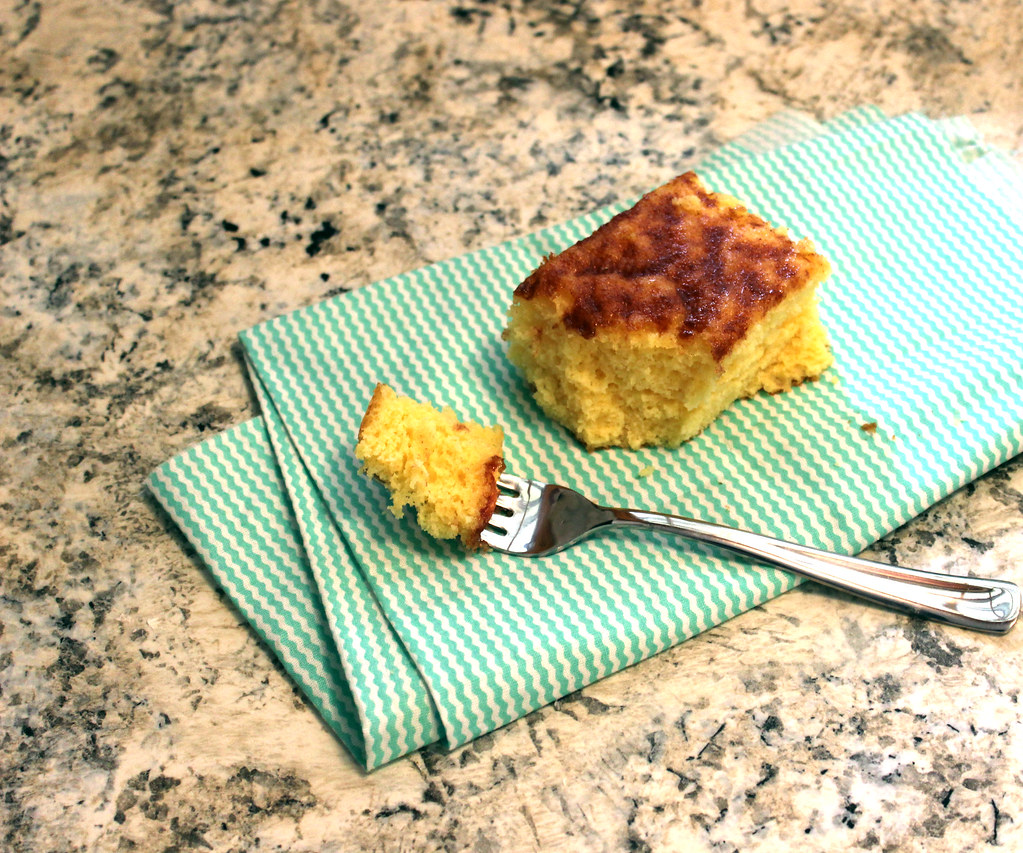 There are some recipes that automatically take you back to childhood.  This cake is one of them!  Growing up, my Nana Ethel used to make this for many many family get-togethers. We call it sour cream cake, and I remember as a kid thinking that was weird.  I mean, sour cream in a cake?  And how come I liked it, since I don't like sour cream?  That's the good thing about kids though; all you have to do is tell them it's cake and they'll eat.  Unless they're my nearly 3-year-old on Easter who said he doesn't like cake.  But, he's also going through a phase where he says he doesn't like his favorite things, and then proceeds to eat more than ever only minutes later.

I've been wanting this recipe for years, and after many failed Google attempts to find it, I finally caved and ask my mom and aunt if they have it.  My aunt immediately called me with the recipe spouted off from memory.  Not only did my cousins, brother and I grow up with this cake, I never thought about the fact that my mom and aunt did also, as well as my grandma and Great Aunt Sally as I was lucky enough to have my great-grandma in my life for longer than a lot of children are.

This recipe is very easy, with very few ingredients, so I'm not surprised my aunt was able to immediately call me with the memorized recipe.  The sour cream, FOUR eggs and boiling water definitely make this a moist and decadent cake.  And you top something with cinnamon sugar and I'm in love.  Since I always have 2 cake mixes in the pantry (yellow and chocolate), I always have the ingredients on hand for this recipe, and now I'm so happy I have the recipe, should the need ever arise for a quick cake!

One day I may try to make it from scratch, but for now I'm more than happy eating the leftovers of this quick easy cake that immediately takes me back to family gatherings as a child.  I just wish the clothes were better :)

Directions:
Preheat oven to 350 degrees, and prepare a 9x13 baking pan with non-stick spray (or coat with butter).

Using a hand or stand mixer, mix cake mix, sour cream, eggs and oil together.  Slowly mix the water in to avoid cooking the eggs, and immediately pour in prepared baking pan.  Sprinkle with cinnamon sugar and bake for 30-40 minutes or until a toothpick inserted in the center comes out clean, and the edges are becoming golden.