It’s the time of year again where a game brings everyone together, sports fan or not.  That’s right – Super Bowl XLVI is in just a few days and that means it’s time to start dreaming about game-day food if you haven’t already.

For many, the Super Bowl is the ultimate sporting event, however to me it’s just another game with more expensive commercials (that are progressively getting worse, in my opinion), an expensive half-time show, and a reason to hang out with friends eating lots of delicious food, and drinking a few beers!  But, I still love it and look forward to the game every year.  (I am also so excited to get to drink some real beer this year – last year I was 19 weeks pregnant and my Non-Alcoholic Beck’s just wasn’t the same!) I live in a town that doesn’t have a rich football history, plus lately our team has been a complete joke (Go Rams?!) That being said, I generally favor one team over the other for the Super Bowl, but this year I would be happy to see either team win.  I haven’t decided yet if I’ll even root for one team over the other, and maybe it’ll just be whoever has the ball.  Or, I may just root for the Giants because I like this picture! 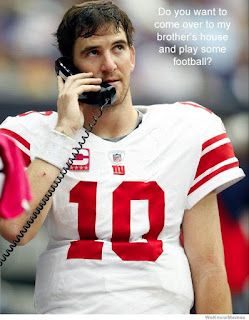 I have a few things planned to take to our friends’ Super Bowl Party this year – more to come later, but for now I leave you with a few things that are always delicious, and perfect for any game!

April 19, 2010
OK, so, while this recipe was the result of me literally quick thinking at the grocery store rushing around to pick up a few ingredients over Easter weekend, I came up with a fantastic cake filling, in my humble opinion.  I love the cake fillings at Costco and wanted to make a variation on that.  This is really semi-homemade but oh so good!  It's rich, creamy and decadent.  Even my husband loved it, and he's not really a cake fan.  It was so easy to make too!

Allow to set in fridge for a few hours, but don't let it get too cold that it…
4 comments
Read more