August 20, 2008
A few weeks ago we were going to my husband's cousins birthday party. An outside party in the beginning of August in St. Louis does not a relaxing weekend make. Initially the forecast was for close to 100 degrees so there weren't many foods that we could take that wouldn't spoil. I wanted to take a dessert but didn't know what to take should the forecast be accurate. I wanted something refreshing and something that wouldn't melt but I didn't want to take fruit. Then, while talking to my mom she mentioned a recipe she saw in one of her Paula Deen magazine's that she wanted to try: Key Lime Bars. Perfect! So, I commandeered her recipe before she could try it! These turned out pretty good and I'll probably make again, though maybe next time with a graham cracker crust just because I LOVE graham cracker crusts! 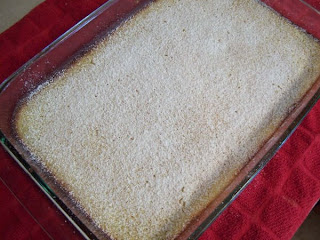